Time for a bipartisan approach to climate change. Put Australia before party politics.

IPCC report its getting hard to deny the science. There is a lot of science in conscience.

The Intergovernmental Panel on Climate Change working group 2, (IPCC WGII) is finalizing its report in Yokohama, to be released March 31. There has been a lot of noise and several purported leaks on what the document will say.  Per IPCC – “The Working Group II contribution to the Fifth Assessment Report considers the vulnerability and exposure of human and natural systems, the observed impacts and future risks of climate change, and the potential for and limits to adaptation. The chapters of the report assess risks and opportunities for societies, economies, and ecosystems around the world.”

Above, useful summary by the increasingly impressive Al Jazeera. (the video also contains other reports, the IPCC stuff is front loaded..)

This will be the second of three reports on the causes, consequences of and solutions to climate change, drawing on researchers from around the world.

More evidence that the Antarctic Sheet is waking up.

WASHINGTON, D.C. — Six massive glaciers in West Antarctica are moving faster than they did 40 years ago, causing more ice to discharge into the ocean and global sea level to rise, according to new research.

The amount of ice draining collectively from those half-dozen glaciers increased by 77 percent from 1973 to 2013, scientists report this month in Geophysical Research Letters, a journal of the American Geophysical Union. Pine Island Glacier, the most active of the studied glaciers, has accelerated by 75 percent in 40 years, according to the paper. Thwaites Glacier, the widest glacier, started to accelerate in 2006, following a decade of stability.

Watts Up With That?

By WUWT Regular “Just The Facts”:

Note: This article builds upon a previous article, When Did Global Warming Begin?, which offers highly recommended background for this article.

There appears to be some confusion as to when humans might have begun to influence “Earth’s Temperature”. For example, “Global warming is the unusually rapid increase in Earth’s average surface temperature over the past century primarily due to the greenhouse gases released as people burn fossil fuels.” NASA Earth Observatory “Ninety-seven percent of climate scientists agree that climate-warming trends over the past century are very likely due to human activities, and most of the leading scientific organizations worldwide have issued public statements endorsing this position.”

The Majuro Declaration. Why now?.

I love my library.

Posh man: I ain’t one

Recently, I found myself at a wine-tasting session with a friend, only to be confronted with the embarrassing reality that I had no idea how to act “appropriately” in the situation. The whole thing wasn’t helped by the fact that I was wearing an outfit much like Julia Roberts circa Pretty Woman, as I sometimes care to do (it’s a great look). Trying to “be myself” rather than affect a more refined countenance turned out to be quite the faux pas in terms of the disdainful/pitying/embarrassed looks I got from other patrons. While on the one hand I was rather “f*** you” about it, it also later resulted in me crying into my pillow. 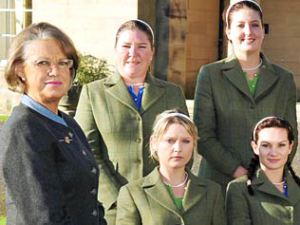 Ladette to Lady: teaching us how not to be working class

Later, I came across this article about the UK’s Education Secretary Michael Gove, and his comments that