The failure to get to grips with our crises, by all mainstream political parties, is likely to lead to a war between the major powers in my lifetime.

Wave the magic wand and the problem goes away.

Those pesky pollution laws, carbon caps and clean-power plans: swish them away and the golden age of blue-collar employment will return. This is Donald Trump’s promise, in his video message on Monday, in which the US president-elect claimed that unleashing coal and fracking would create “many millions of high-paid jobs”.

He will tear down everything to make it come true.

But it won’t come true. Even if we ripped the world to pieces in the search for full employment, leaving no mountain unturned, we would not find it.

Instead, we would merely jeopardise the prosperity – and the lives – of people everywhere.

However slavishly governments grovel to corporate Luddism, they will not bring the smog economy back.

No one can deny the problem Trump claims to be addressing.

The old mining and industrial areas are in crisis throughout the rich world. And we have seen nothing yet. I have just reread the study published by the Oxford Martin School in 2013 on the impacts of computerisation.

What jumps out, to put it crudely, is that jobs in the rust belts and rural towns that voted for Trump are at high risk of automation, while the professions of many Hillary Clinton supporters are at low risk.

The jobs most likely to be destroyed are in mining, raw materials, manufacturing, transport and logistics, cargo handling, warehousing and retailing, construction (prefabricated buildings will be assembled by robots in factories), office support, administration and telemarketing. So what, in the areas that voted for Trump, will be left? 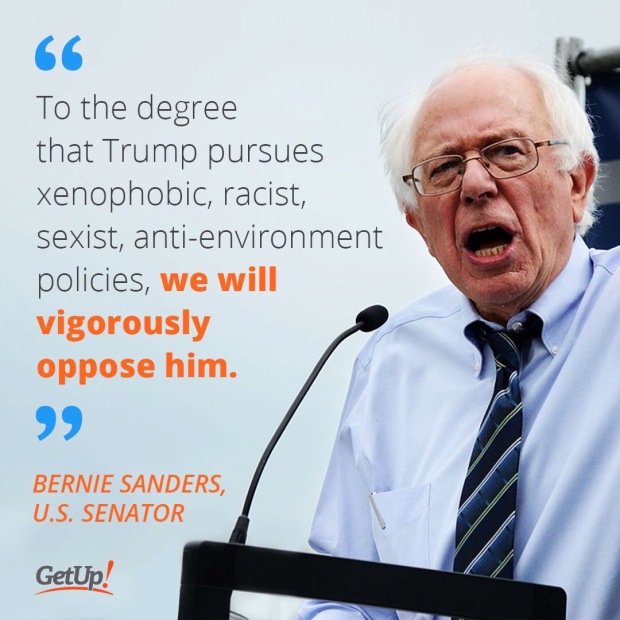 Farm jobs have mostly gone already. Service and care work, where hope for some appeared to lie, will be threatened by a further wave of automation, as service robots – commercial and domestic – take over.
Yes, there will be jobs in the green economy: more and better than any that could be revived in the fossil economy. But they won’t be enough to fill the gaps, and many will be in the wrong places for those losing their professions.
At lower risk is work that requires negotiation, persuasion, originality and creativity.

The management and business jobs that demand these skills are comparatively safe from automation; so are those of lawyers, teachers, researchers, doctors, journalists, actors and artists. The jobs that demand the highest educational attainment are the least susceptible to computerisation.

The divisions tearing America apart will only widen.

Even this bleak analysis does not capture in full the underlying reasons why good, abundant jobs will not return to the places that need them most. As Paul Mason argues in PostCapitalism, the impacts of information technology go way beyond simple automation: they are likely to destroy the very basis of the market economy, and the relationship between work and wages.

And, as the French writer Paul Arbair notes in the most interesting essay I have read this year, beyond a certain level of complexity economies become harder to sustain. There’s a point at which further complexity delivers diminishing returns; society is then overwhelmed by its demands, and breaks down. He argues that the political crisis in western countries suggests we may have reached this point.

Trump has also announced that on his first day in office he will withdraw America from the Trans-Pacific Partnership (TPP). He is right to do so, but for the wrong reasons.

Like TTIP and Ceta, the TPP is a fake trade treaty whose primary impact is to extend corporate property rights at the expense of both competition and democracy. But withdrawal will not, as he claims, “bring jobs and industry back to American shores”. The work in Mexico and China that Trump wants to reclaim will evaporate long before it can be repatriated.

As for the high-quality, high-waged working-class jobs he promised, these are never handed down from on high.

They are secured through the organisation of labour.

But the unions were smashed by Ronald Reagan, and collective bargaining has been suppressed ever since by casualisation and fragmentation.

So how is this going to happen? Out of the kindness of Trump’s heart? Kindness, Trump, heart?
But it’s not just Trump. Clinton and Bernie Sanders also made impossible promises to bring back jobs. Half the platform of each party was based on a delusion. The social, environmental and economic crises we face require a complete reappraisal of the way we live and work.

The failure by mainstream political parties to produce a new and persuasive economic narrative, which does not rely on sustaining impossible levels of growth and generating illusory jobs, provides a marvellous opening for demagogues everywhere.

Governments across the world are making promises they cannot keep.

In the absence of a new vision, their failure to materialise will mean only one thing: something or someone must be found to blame.

As people become angrier and more alienated, as the complexity and connectivity of global systems becomes ever harder to manage, as institutions such as the European Union collapse and as climate change renders parts of the world uninhabitable, forcing hundreds of millions of people from their homes, the net of blame will be cast ever wider.

Eventually the anger that cannot be assuaged through policy will be turned outwards, towards other nations.

Faced with a choice between hard truths and easy lies, politicians and their supporters in the media will discover that foreign aggression is among the few options for political survival.

I now believe that we will see war between the major powers within my lifetime.

Which ones it will involve, and on what apparent cause, remains far from clear. But something that once seemed remote now looks probable.

A complete reframing of economic life is needed not just to suppress the existential risk that climate change presents (a risk marked by a 20°C anomaly reported in the Arctic Ocean while I was writing this article), but other existential threats as well – including war.

Today’s governments, whether they are run by Trump or Obama or May or Merkel, lack the courage and imagination even to open this conversation.

It is left to others to conceive of a more plausible vision than trying to magic back the good old days.

The task for all those who love this world and fear for our children is to imagine a different future rather than another past.