And who better to oversee our unsustainable economy than Donald Trump? 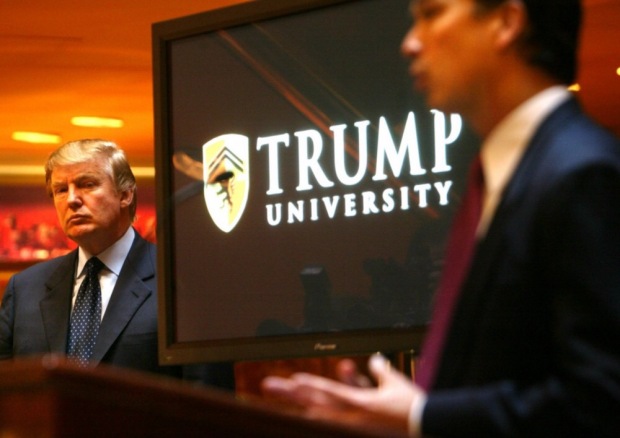 Black Friday has become an orgiastic celebration of unbridled consumerism. It’s perhaps the inevitable outcome of a country whose citizens are commonly referred to as “consumers.”

So it’s a good day to reflect on the Ponzi scheme that is our global economy — and the modern-day King Midas we just elected to run it.

Donald Trump, is, after all, the king of conspicuous over-consumption. As the National Review reported last year, he owns a “custom gold motorcycle,” a “gold-plated helicopter,” a Trump tower penthouse with extensive 24-karat fittings befitting “King Midas’s abode,” a Boeing 757 with “the predictable 24-karat gold faucets, table legs, seatbelt buckles, trimmings, and insignias,” and a line of vodka “labeled with a 24-karat gold ‘T’.”

Just like the unsustainable global economy, however, Trump’s wealth is a house of cards. CNNMoney reports that his only public company went belly-up and lost tens of millions of dollars for investors, all while Trump was extracting $39 million to pay himself.

Trump has had six bankruptcies total, and actually lost $900 million in one year.

The Wall Street Journal reported Trump “Made Millions From Multilevel Marketing Firm” (aka a pyramid scheme). The Atlantic described an expose on the Trump Network as “the latest in a series of stories you can find online about Trump duping hard-working people like you.”

After the president-elect settled a fraud case against Trump University for $25 million, the New York Attorney General said, “Mr. Trump used his celebrity status and personally appeared in commercials making false promises to convince people to spend tens of thousands of dollars they couldn’t afford for lessons they never got.”

It’s no wonder people like billionaire Michael Bloomberg, Marco Rubio, and so many other have described him as a con man.

In contrast, Pope Francis — the anti-Trump — has warned world leaders that “unbridled consumerism” is assaulting the natural environment “and this will have serious consequences for the world economy.” In his powerful 2015 climate encyclical, the Pope went further, writing of “extreme consumerism” and “compulsive consumerism” and “an unethical consumerism bereft of social or ecological awareness.”

The “pace of consumption,” the Pope asserts, “can only precipitate catastrophes.” Francis offered this blunt warning:

“Obsession with a consumerist lifestyle, above all when few people are capable of maintaining it, can only lead to violence and mutual destruction.”

The definition of a Ponzi scheme, such as the one Bernie Madoff ran, is “a fraudulent investment operation where the operator … pays returns to its investors from new capital paid to the operators by new investors, rather than from profit earned by the operator,” as Wikipedia notes. It is unsustainable because it “requires an ever-increasing flow of money from new investors to sustain the scheme.” Eventually, people catch on, and the whole thing collapses.

Our current global economy is a Ponzi scheme in this sense: It is an utterly unsustainable system that effectively takes wealth from our children and future generations — wealth in the form of ground water, arable land, fisheries, a livable climate — to prop up our carbon-intensive lifestyles. To avoid collapse, we must rapidly transition to a sustainable low-carbon economy.

We cannot stop catastrophic climate change — in the long term and possibly even the medium-term — without a pretty dramatic change to our overconsumption-based economic system. We have already overshot the Earth’s biocapacity — and the overshoot gets worse every year. 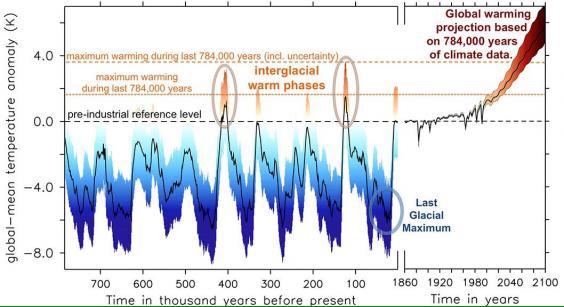 “A quarter of the energy we use is just in our crap,” physicist Saul Griffith explains in his detailed discussion of our carbon footprint. You can watch the MacArthur genius award winner soberly dissect his formerly unsustainable lifestyle here.

Or you can read the Onion’s black humor, “Chinese Factory Worker Can’t Believe The Shit He Makes For Americans.”

The tragic irony is that much of this holiday shopping is supposedly for our kids — and yet this overconsumption is a core part of our climate inaction, which, as President Obama has said, “would betray our children.”

Climate science is clear that inaction is suicidal. That’s why “virtually all” climatologists “are now convinced that global warming is a clear and present danger to civilization,” as Lonnie Thompson has put it.

That’s why a stunning 2012 World Bank climate report warned that, “A 4°C [7°F] world can, and must, be avoided’ to avert ‘devastating’ impacts,”

Tom Friedman interviewed me for a NY Times column on this subject, several years ago:

“We created a way of raising standards of living that we can’t possibly pass on to our children,” said Joe Romm, a physicist and climate expert who writes the indispensable blog climateprogress.org. We have been getting rich by depleting all our natural stocks — water, hydrocarbons, forests, rivers, fish and arable land — and not by generating renewable flows.

“You can get this burst of wealth that we have created from this rapacious behavior,” added Romm. “But it has to collapse, unless adults stand up and say, ‘This is a Ponzi scheme. We have not generated real wealth, and we are destroying a livable climate …’ Real wealth is something you can pass on in a way that others can enjoy.”

The adults, in short, are not standing up. Sadly, most still haven’t even taken the time to understand that they should.

And so every generation that comes after the Baby Boomers is poised to experience the dramatic changes in lifestyle that inevitably follow the collapse of any Ponzi scheme, a point that bears repeating on Black Friday.

In our version of a Ponzi scheme, investors (i.e. current generations) are paying themselves (i.e. you and me) by taking the nonrenewable resources and livable climate from future generations. To perpetuate the high returns the rich countries in particular have been achieving in recent decades, we have been taking an ever greater fraction of nonrenewable energy resources (especially hydrocarbons) and natural capital (fresh water, arable land, forests, fisheries), and, the most important nonrenewable natural capital of all — a livable climate.

We aren’t all Madoffs in the sense of people who have knowingly created a fraudulent Ponzi scheme for humanity. But given all of the warnings from scientists and international governments and independent energy organizations over the past quarter-century — we still elected a gilded climate science denier who campaigned on destroying the Paris climate agreement.

So it has gotten harder and harder for any of us to pretend that we are innocent victims, that we aren’t just hoping we can maintain our own personal wealth and well-being for a few more decades before the day of reckoning. Après nous le déluge.