Donald Trump has expressed doubts over the existence of climate change, as it is understood by the vast majority of scientists.

After proclaiming his belief in “clean air and clean water”, the US President questioned some of the central tenets of climate science in an interview with Piers Morgan.

Mr Trump also repeated previous statements that he could “go back” into the Paris climate agreement, but said that he would only make such a decision if he could get “a good deal” for the US.

(In Australia Prime Minister Turnbull struggles with the science)

When asked if he believed in the existence of climate change, however, Mr Trump’s answer did not chime with the scientific consensus.

“There is a cooling, and there’s a heating.

That wasn’t working too well because it was getting too cold all over the place,” he said.

The two are not mutually exclusive.

While global warming refers only to the Earth’s rising surface temperature, climate change is a broader term that includes the other effects of carbon pollution, such as changing weather patterns.

There have been several studies gauging the consensus among climate scientists on human-caused global warming, with 97 per cent emerging as an accurate estimate of the proportion who accept it.

“The ice caps were going to melt, they were going to be gone by now, but now they’re setting records. They’re at a record level,” Mr Trump continued.

Mr Trump’s comments echo arguments often made by climate change sceptics that global warming has stopped, or even reversed, in recent years.

Recent figures from the Met Office, Nasa and the US National Oceanic and Atmospheric Administration showed 2017 was one of the hottest years ever recorded.

These temperatures came as little surprise to climate scientists, as they are a continuation of the upward temperature trend that has been on-going for decades.

“Forget what the sceptics will tell you, climate change is real and is happening right now,” said Professor Martin Siegert, a climate change expert at Imperial College London, in response to the new figures.

As for polar ice levels, data shows that they are indeed – as Mr Trump stated – at “a record level”, although not the level he had in mind. Last year Nasa reported record lows in sea ice extent in both the Arctic and the Antarctic.

Though as with global temperature data, there are always fluctuations in sea ice levels from year to year, scientists always consider long-term trends when analysing climate data, and these are what they base their conclusions on. 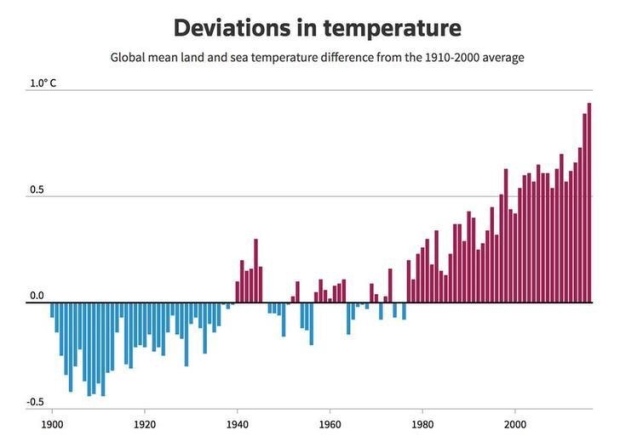 The Paris climate agreement was set up in order to stop global temperatures rising 1.5C above pre-industrial times, a target that is likely to be missed by the middle of the century unless there is an unprecedented shift away from global fossil fuel consumption.

Mr Trump opted to pull the US out of the agreement, as he felt restrictions on fossil fuel use were unfair for the country.

He described the agreement as “a disaster”. 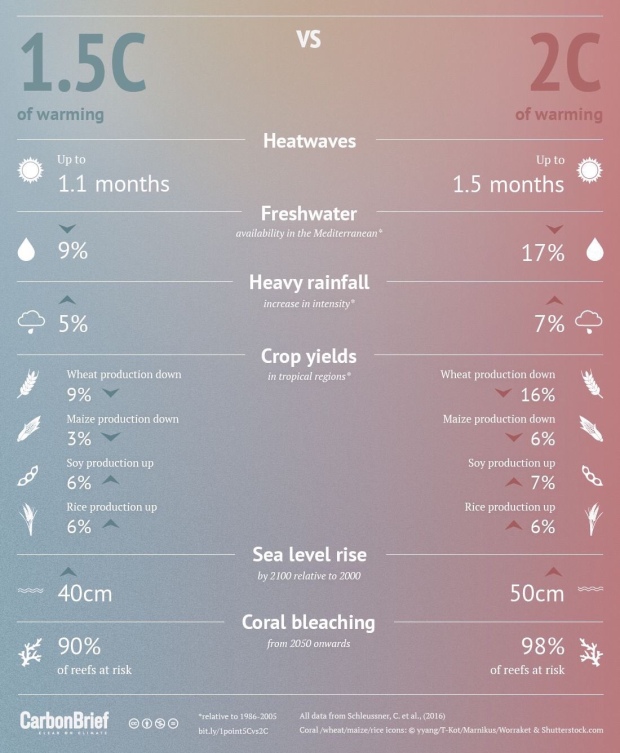 “If somebody said go back into the Paris accord, it would have to be a completely different deal because we had a horrible deal. As usual, they took advantage of the US,” Mr Trump said.

Donald Trump says “I would have negotiated Brexit differently”

Mr Trump noted his liking for French President Emmanuel Macron, who last year said he would offer grants to US-based climate scientists to replace the funding lost under the Trump administration as part of a “Make Our Planet Great Again” scheme.

Emmanuel Macron stated at the One Planet summit in Paris last year that the world is “losing the battle” against climate change.

“We’re not moving quick enough. We all need to act,” he said.

President Trump – The Piers Morgan Interview was set to air on ITV at 10pm on Sunday.