The Economic Survey 2017-18, said farmer income losses from climate change could be between 15% and 18% on an average, rising to anywhere between 20%-25% in unirrigated areas of the country. 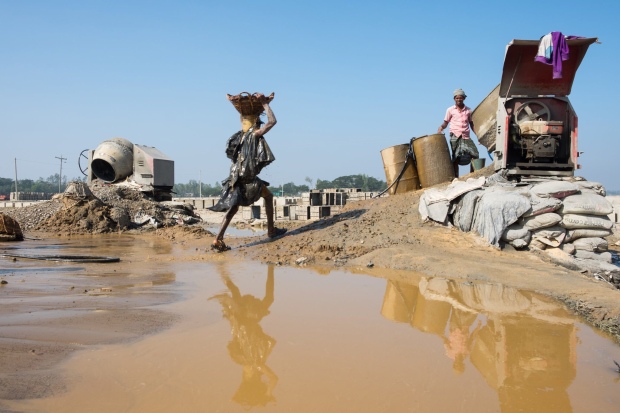 “Applying IPCC (Intergovernmental Panel on Climate Change)-predicted temperatures and projecting India’s recent trends in precipitation, and assuming no policy responses, give rise to estimates for farm income losses of 15% to 18% on average, rising to 20%-25% for unirrigated areas,” pointed out the Survey, adding that at current levels of farm income, that translates into more than ₹3,600 per year for the median farm household.

“[The] Prime Minister’s goal of doubling farmers’ incomes — increasingly runs up against the contemporary realities of Indian agriculture, and the harsher prospects of its vulnerability to long-term climate change,” pointed out the survey, adding that India needed to expand irrigation – and do so against a backdrop of rising water scarcity and depleting groundwater resources.

“In the 1960s, less than 20% of agriculture was irrigated, now this number is in the mid-40s. The Indo-Gangetic plain, and parts of Gujarat and Madhya Pradesh are well irrigated. But parts of Karnataka, Maharashtra, Madhya Pradesh, Rajasthan, Chhattisgarh and Jharkhand are still extremely vulnerable to climate change on account of not being well irrigated,” said the survey.

“Fully irrigating Indian agriculture, that too against the backdrop of water scarcity and limited efficiency in existing irrigation schemes, will be a defining challenge for the future. Technologies of drip irrigation, sprinklers and water management — captured in the “more crop for every drop” campaign — may well hold the key to future Indian agriculture,” said the survey, adding that power subsidy needs to be replaced by direct benefit transfers so that power use can be fully costed and water conservation furthered.

Extreme temperature shocks reduce farmer incomes by 4.3% and 4.1% during kharif and rabi respectively, whereas extreme rainfall shocks reduce incomes by 13.7% and 5.5%. “Once again, these average effects mask significant heterogeneity, with the largest adverse effects of weather shocks being felt in unirrigated areas, it said. Ex-ante it is not clear which direction farm revenues should move in — on the one hand, these shocks reduce yields, but on the other, the lower supply should increase local prices. The results here clearly indicate that the “supply shock” dominates — reductions in yields lead to reduced revenues,” said the Survey.

The Survey observes that while thinking about agricultural policy reforms in India, it is vital to make a clear distinction between two agricultures in India.

“There is an agriculture — the well-irrigated, input-addled, and price-and-procurement-supported cereals grown in Northern India — where the challenge is for policy to change the form of the very generous support from prices and subsidies to less damaging support in the form of direct benefit transfers. On the other hand there is another agriculture (broadly, non-cereals in central, western and southern India) where the problems are very different such as inadequate irrigation, continued rain dependence, ineffective procurement, and insufficient investments in research and technology (non-cereals such as pulses, soyabeans, and cotton), high market barriers and weak post-harvest infrastructure (fruits and vegetables), and challenging non-economic policy (livestock),” it said.

Press link for more: The Hindu