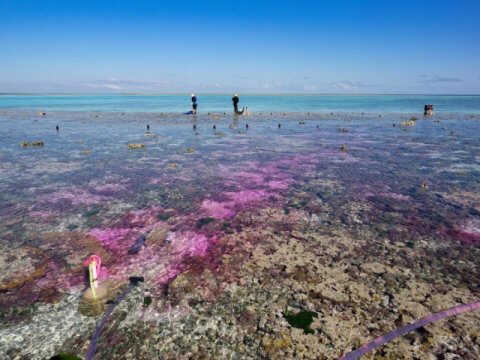 Ocean acidification will severely impair coral reef growth before the end of the century if carbon dioxide emissions continue unchecked, according to new research on Australia’s Great Barrier Reef led by Carnegie’s Ken Caldeira and the California Academy of Sciences’ Rebecca Albright.

Their work, published in Nature, represents the first ocean acidification experiment in which seawater was made artificially acidic by the addition of carbon dioxide and then allowed to flow across a natural coral reef community.

The acidity of the seawater was increased to reflect end-of-century projections if carbon dioxide from greenhouse gas emissions are not abated.

In that work, they made a coral reef community’s seawater chemistry more alkaline — essentially giving the reef an antacid — and demonstrated that the coral’s ability to construct its architecture was improved under these conditions. It was the first time that seawater chemistry was experimentally manipulated in a natural coral reef environment.

They once again altered seawater chemistry of reef flats surrounding One Tree Island off the coast of Australia. But this time they gave the reef heartburn, increasing acidity by adding carbon dioxide to seawater flowing over a coral reef community.

When coal, oil, or gas is burned, the resulting carbon dioxide is released into the atmosphere.

It is well established that these emissions are the culprit of global climate change, the warming from which has a negative impact on coral reefs. 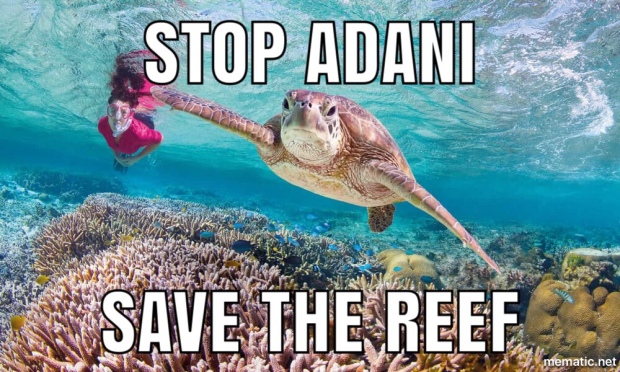 But this atmospheric carbon is also absorbed into the ocean, where it remains for millennia.

A chemical reaction between the seawater and these soaked-up carbon emissions produces carbonic acid, which is corrosive to coral reefs, shellfish, and other marine life.

Reefs are especially vulnerable to this ocean acidification, because their skeletons are constructed by accreting calcium carbonate, a process called calcification. 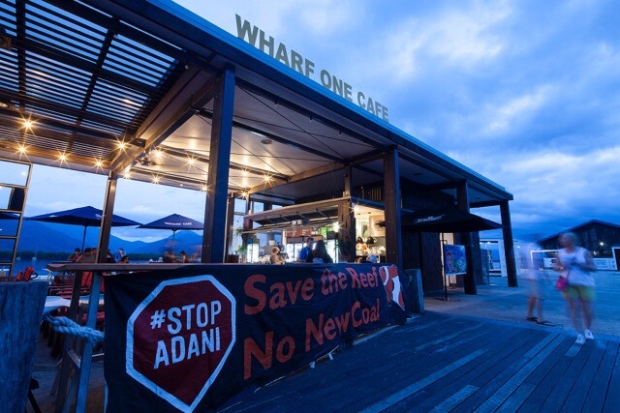 Furthermore, by working in controlled areas of a natural reef community, Caldeira, Albright, and their team were able to demonstrate how acidification affects coral reefs on the ecosystem scale, not just in terms of individual organisms or species, as other studies have done.

They say this approach is crucial to understanding the full scope and complexity of ocean acidification’s impact, as well as to predicting how acidification will affect the coastal communities that depend on these ecosystems.

“Coral reefs offer economic opportunities to their surrounding communities from fishing and tourism,” Caldeira said. “But for me the reef is a beautiful and diverse outpouring of life that we are harming with our carbon dioxide emissions.

For the denizens of the reef, there’s not a moment to lose in building an energy system that doesn’t dump its waste into the sky or sea.”