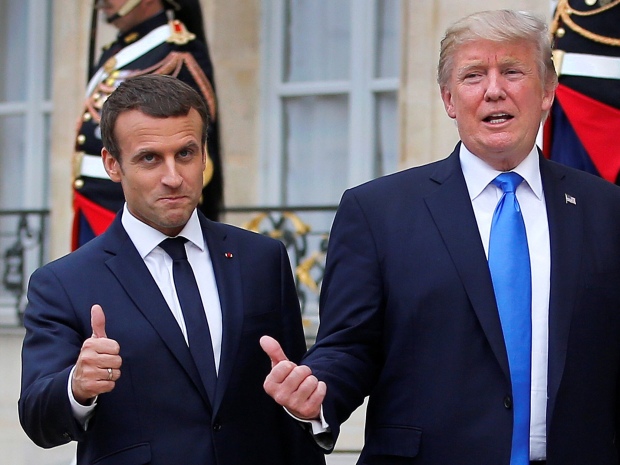 Macron highlighted differences between the U.S. and France on the environment. “By polluting the oceans, not mitigating CO2 emissions and destroying our biodiversity we are killing our planet,” he said. “Let us face it,” Maron said, “there is no planet B.”

Macron urged business leaders and local communities to work together to “make our planet great again,” drawing applause and shouts from Democrats in Congress. Macron said he was sure one day the U.S. “will come back and join the Paris agreement,” which limits carbon emissions and which President Trump exited.

“An expansive, ambitious, global speech from Mr Macron. He exploits the potential of bridging European Union and US power, until recently the British preserve,” Labour Party MP Peter Kyle tweeted.