Governments across the globe are “nowhere near on track” to meet their goal of preventing global warming of more than 1.5 degrees Celsius higher than the pre-industrial period, according to a co-author of a United Nations report.

“It’s extraordinarily challenging to get to the 1.5C target and we are nowhere near on track to doing that,” Drew Shindell co-author of the Intergovernmental Panel on Climate Change report, which is set to be unveiled in South Korea in October, told the Guardian in a report published on Thursday.

“While it’s technically possible, it’s extremely improbable, absent a real sea change in the way we evaluate risk,” he continued. “We are nowhere near that.” 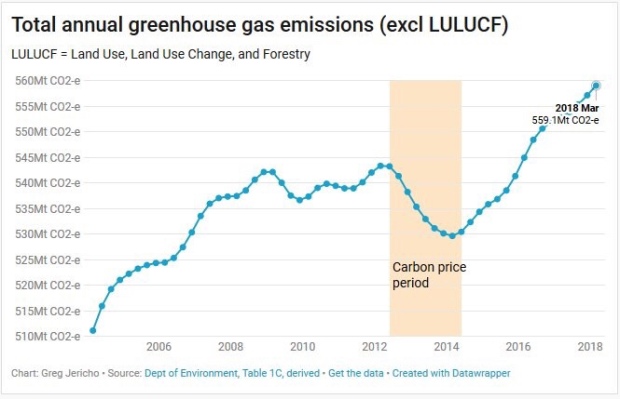 In Australia emissions have soared since we stopped the price on carbon pollution.

To prevent the global temperature from rising above 1.5 degrees Celsius, the world’s leading nations would need to undergo a massive transformation in the way their populations use transportation and grow food.

In the 2015 Paris climate pact, international leaders agreed to curb the global temperature rise to 2 degrees Celsius above the era prior to mass industrialization, with an aspiration to limit this to 1.5 degrees.

Australia has the second highest CO2 emissions per capita

“It’s a lot more difficult without the U.S. as a leader in climate change negotiations,” Norway’s environment minister, Ola Elvestuen, told the Guardian. “We have to find solutions even though the U.S. isn’t there.”

“We are moving way too slowly,” Elvestuen said. “We have to do more of everything, faster. We need to deliver on policies at every level. Governments normally move slowly but we don’t have the time.”

“The 1.5C target is difficult, but it’s possible.

The next four to 12 years are crucial ones, where we will set the path to how the world will develop in the decades ahead.

The responsibility in doing this is impossible to overestimate,” he added. “To reach the goals of the Paris agreement we need large structural changes.” 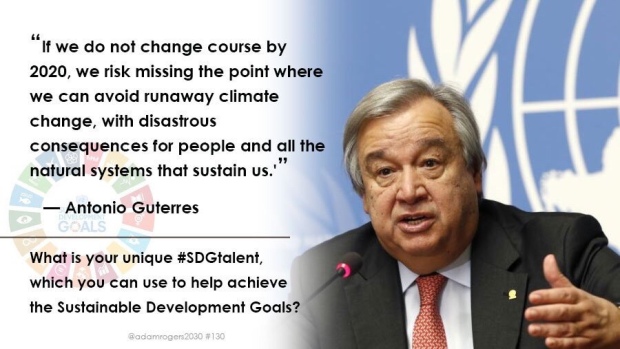 The report comes weeks after António Guterres, the United Nations secretary general, said in an address to global leaders the world has less than two years to avoid “runaway climate change.”

During his address, Guterres commended the Paris Climate Accord but also called for more efforts to reduce emissions that many scientists have found to be warming the planet over the past century.

Press link for more: The Hill